Much of the province has been given over to several national parks. Top destinations are Hat Noppharat Thara - Mu Ko Phi Phi National Park, Ao Nang, Railay, and Ko Phi Phi. The province includes over 80 smaller islands such as Ko Lanta and Phi Phi, well-known to adventurers, yachtsmen, scuba-divers, snorkelers, and day-trippers from Phuket. Krabi's beaches attract both native Thai people and foreigners alike.

The rock faces at Railay Beach near Ao Nang have attracted climbers from all over the world and each year are the venue for the Rock and Fire Festival. There are several rock climbing schools at Railay Beach. The rock is limestone and has characteristic pockets, overhangs and faces. Railay has numerous multi-pitch areas most of which start from the beach itself. In addition, deep water soloing is popular on the numerous nearby rocky islands accessible by long-tail boat. 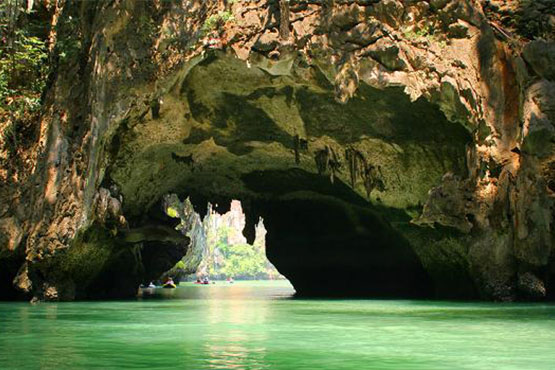 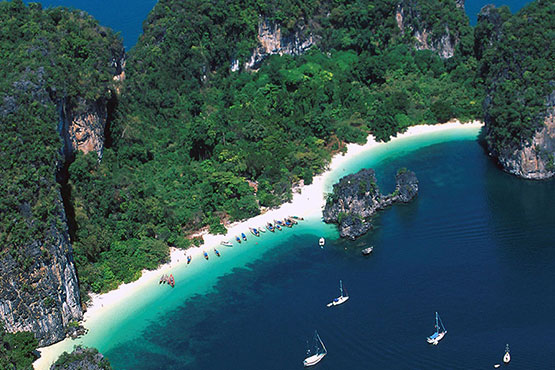 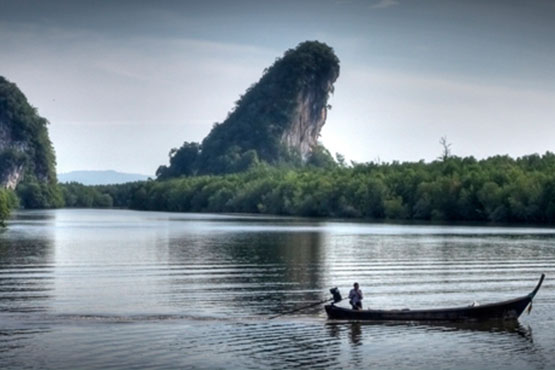 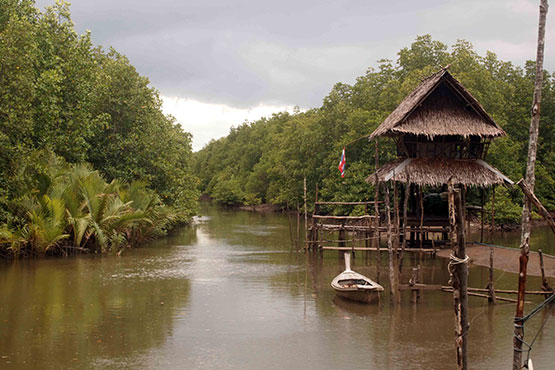 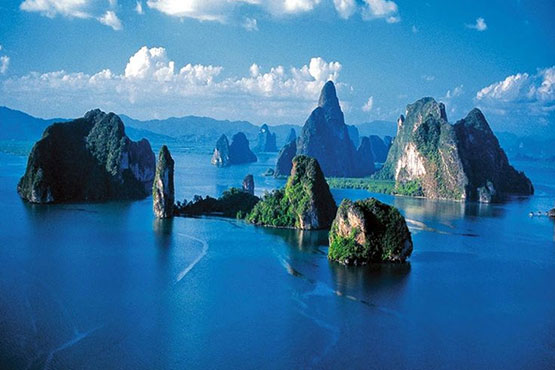 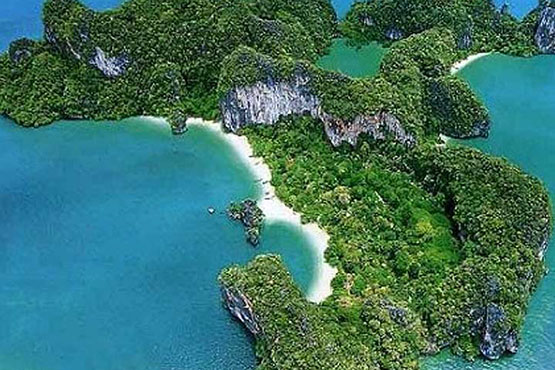 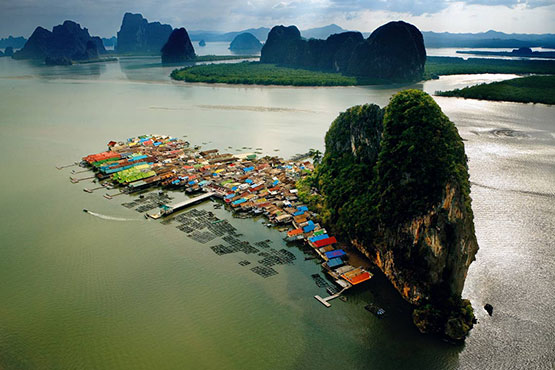 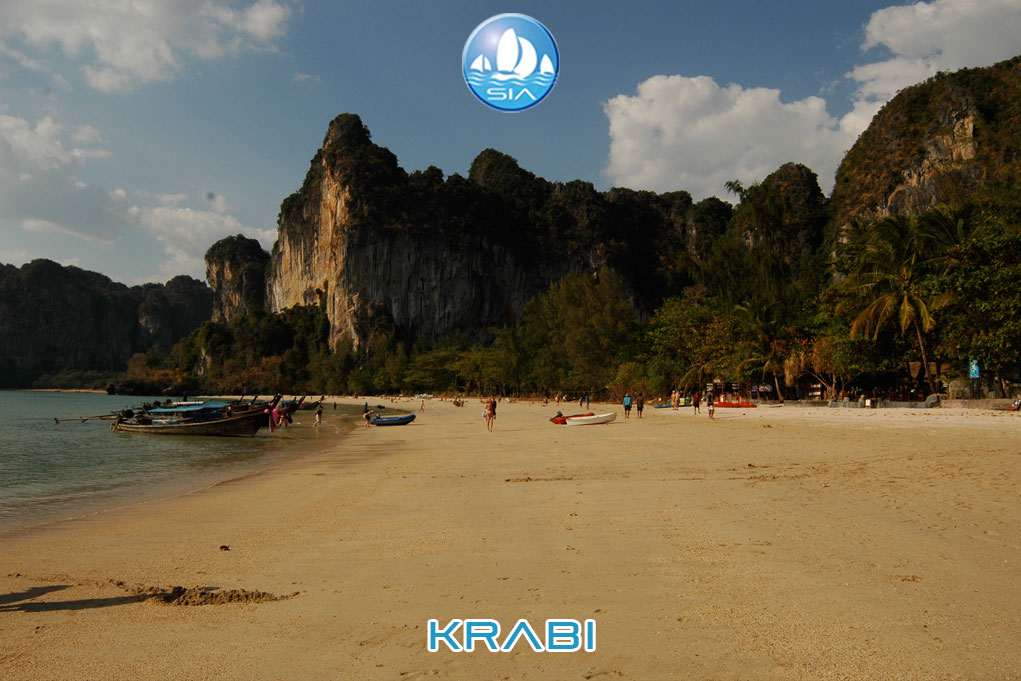 Krabi is the main town in the province of Krabi on the west coast of southern Thailand at the mouth of the Krabi River where it empties in Phang Nga Bay. Facing the Andaman Sea, like Phuket, Krabi is subject to a six-month rainy season between May and November, with a lot of moist southwesterly winds, which give a mixture of dry days and wet ones. The best time to visit Krabi is from November to April when the area's climate is not as hot. During this period the island gets a lot of dry northeasterly winds, giving dry blue skies and starry nights. Then, down on the beaches one can enjoy nice sea breezes. Temperatures are between 30 and 35 centigrade all year round and the sea stays a warm 29°C all year round.

The distinguishing feature of both Krabi and neighboring Phang Nga is the massive limestone karsts, rising vertiginously out of the flat rice paddies on land and as islands from the sea. Add in some gorgeous beaches and excellent scuba diving and rock climbing, and it's little wonder that tourism in the area has been booming.

While less commercialized than neighboring Phuket, Krabi Province cannot be described as undiscovered: it receives two million visitors a year, and the major tourist areas cater extensively to foreigners.

Krabi Town is located just off Highway 4. It is 946km south of Bangkok, 180km by road to Phuket, and 70km to Phang Nga. Krabi International Airport (KBV) is about 10 km from the city limits, 15km from city centre. It is 40km from Ao Nang.

Our Corporate Clients include: